There's More Than One Way to Be a Game Changer 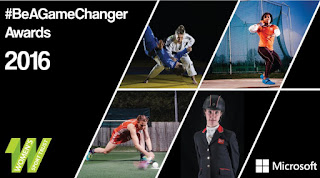 The prestigious Women’s Sports Trust #BeAGameChanger awards takes place in London on the 12th of May.

Now in its second year and supported by Microsoft, the awards showcase women’s sport by highlighting success stories, raising the profile of role models, increasing media coverage and connecting decision makers with one another.

Members of the general public and those in the sports industry put forward a record number of nominations resulting in an impressive shortlist which was chosen by an expert panel. The public vote opens on the April 18 – May 1, so you can have your say on the winners too!

The winners will be announced on May 12 on the awards night to a high profile audience, including some of the country’s leading athletes, politicians, journalists and corporate leaders.

These awards are unique in uncovering some of the best diverse talent out there both on and off the sports field. The categories are:

A lot of us talk about wanting to see improvements in women’s sports and supporting the awards is one way we can show it. Just to go to http://www.womenssporttrust.com/bagc2016/ and cast your votes!

British Wrestling Has a New Independent Non-Executive Director of Marketing

I’m absolutely chuffed to announce that I’ve recently been appointed to the British Wrestling Non-Executive Board of Directors.

Although the sport of wrestling is new to me in every sense of the word, I am all too familiar with the challenges that minority sports face year in and year out. Every time an Olympic year comes around, all eyes are on the home talent, but little attention is given to these athletes after the closing ceremonies. Little is known about what it takes to perform at an elite level with the ‘elite’ infrastructure that athletes in other sports are privy too. Even less is known about the sacrifice that athletes, coaches, officials and parents make to ensure that the sport is conducted to an international standard but on a local budget.

During my tenure, my aim is to deliver a marketing strategy that will drive participation in and awareness of wrestling. I’m not necessarily looking for quick wins, but rather, a foundation that enables continued and positive progression.

I’ve only attended one board meeting so far, but since meeting my new colleagues, I’ve been struck by their passion for the sport, all-hands-on-deck attitude and genuine desire to see the sport of wrestling grow in this country.

I’ll definitely make sure to update on my experience both here and also via my Twitter account as I go along. If you know a thing or two about wrestling and want to share the knowledge, feel free to get in touch!

West Indies cricket great Michael Holding has joined forces with the University of East London (UEL) to launch a new £3,000 scholarship for Jamaican students interested in studying at the university for a postgraduate degree. The new scholarship is aimed at Jamaicans who participate in sport, not just cricket, or who want to study a sports-related subject and begins in September 2015. 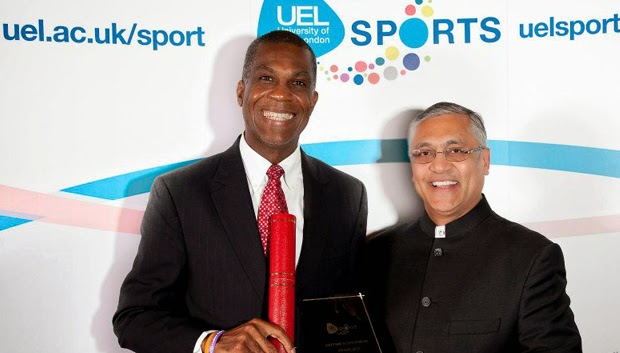 Holding, arguably one of the greatest fast bowlers in history and now a highly respected cricket commentator, has established close links with UEL since being awarded an honorary degree in 2013 for services to sport.

“In 2013 I was awarded an honorary doctorate and a ‘services to sport award’ at the University of East London”, said Holding. “It was a real honour and it gives me great pleasure to endorse the Michael Holding Scholarship for Jamaican students”.

“Education is an investment that not only helps gain knowledge but also opens up vast opportunities in fulfilling one’s potential. Knowing that this scholarship will hopefully help fellow Jamaican's achieve this gives me great joy and happiness.”

UEL has been recognised as one of the most improved universities for sport in the UK and is well on its way to becoming London’s premier sporting universities. Its current student roll includes current European 200m champion Adam Gemili, and Commonwealth 200m bronze medallist Bianca Williams.

The University also boasts state-of-the-art sports facilities, including its new £21 million SportsDock building which received the ultimate endorsement when the United States Olympic Committee chose to base its athletes at the University in the run-up to the London2012 Olympic Games.

Students who are awarded the scholarship will automatically become part of UEL’s International Sports Ambassadors scheme which will entitle them to a free gold membership at SportsDock, access to sports therapy, free sports kit, personal off-peak usage of courts and a ticket to the UELSports annual awards ceremony.


Mohsin Ramzan, Head of International Student Recruitment at UEL, said: “Michael Holding is not only a sporting icon to millions in the West Indies but is also a great ambassador and inspiration to budding athletes in the region. This scholarship further strengthens his commitment to education and we are proud to have him as an honorary doctor.”

For more information visit www.uel.ac.uk/sport
Posted by Unknown at 03:52 No comments:

The Rise and Rise of the NFL

The Rise and Rise of the NFL at Wembley 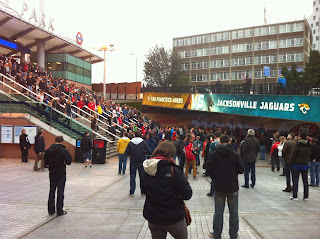 When it was announced in 2006 that a regular season NFL game would be held at Wembley stadium in 2007, few could have truly understood how savvy that move would be for the NFL.
On the surface, it hardly seemed like a good idea to subject scores of NFL players, coaches and cheerleaders to jet lag, cold weather and fish and chips all in the name of this seemingly half-baked idea. One also had to spare a thought for the teams’ hometown fans who would miss the opportunity to attend one of their regular season games due to this initiative.
To the average cricket, football and rugby loving Brit, the NFL at Wembley just seemed like a bad idea. Whenever the rugby versus American football debate arises, most Brits look down their nose at football claiming that the protective gear, time between downs and the fact a different set of players are required on the pitch when possession changes make it inferior to rugby.
However, for all the naysaying related to the game, the NFL at Wembley has been nothing but a success and shows no sign of slowing down. But what made this initiative so successful?
For a start, whether or not Brits want to admit it, NFL football is pretty darn popular. The Super Bowl is one of the most watched annual sporting events in the world. Much like how Premier League matches have earned a place in the living room of many English homes on weekends, a typical Sunday afternoon in America is scheduled around ‘the game’. Whether it is Pop Warner, high school football, college football or the NFL, football is one of America’s treasures – and of recent years, one of its better exports.
The NFL in the UK will appeal not just to the 200,000 Americans and American expats who are here. Anyone who has spent a significant time in America, either for study or for work, is likely to have developed an appreciation for the game and welcome an opportunity to see a game on their turf (no pun intended).
Despite reports that only 3% of the attendees of the first game were American, anyone who has ever attended an NFL at Wembley game will tell you that it feels more like 93% of the attendees are American.
People are generally prepared to pay a premium for a little slice of home away from home. In the same way that West Indians proudly don their island flags and West Indies cricket jerseys when heading to the Oval, Americans and fans of American sports  will embrace any opportunity to ‘rep their ends’ at NFL football games and fan rallies – even if their team isn’t playing.
Lastly, whether an event appeals the masses or a niche market, bums on seats is a marker of success.  In 2007, 40,000 tickets for the New York Giants v Miami Dolphins game sold out in 90 minutes and over 81,000 fans were in attendance at the inaugural game. Quite frankly, if the NFL didn’t continue to bring games to the UK after that sort of result, it would have showed poor financial acumen on the part of the decision makers.
NFL games do more than introduce a new game to the UK, they appeal to some people’s culture and identity, and deliver a huge dose of feel good factor which you simply can’t put a price on.
Whether or not we like it, hate it, don’t get it or don’t care, the NFL at Wembley is going to be around for a little while.
Posted by Unknown at 23:22 No comments: 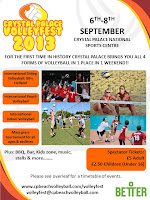 Seeing as it’s been so long since I’ve blogged it’s only fitting that I kick things off with a post about volleyball!

On the 7th and 8th of September, Crystal Palace will play host to VolleyFest – a combination of beach, grass, sitting and indoor volleyball. The brain child of beach volleyball players Chris Gregory and Jake Sheaf, VolleyFest will be the biggest outdoor volleyball event of the year.

As part of the Paralympic anniversary games, the GB Sitting Volleyball team will take on Holland in in front of home fans once again. Captain Rob Richardson said, ‘Playing in front of home crowds last year was incredible for us, so to be given the chance to show off our fantastic sport once again at both the Copper Box and at Crystal Palace is a great honour’.

On the indoor scene, top National League teams such as London Polonia as well as Dutch National Team Pegasus Nijmegen to keep the competition fresh and fierce. The beach tournament will also see international competitors from Germany.

There will be music, a BBQ and a beach bum lounge to host the spectators of the outdoor arenas.

Whether you developed an appreciation for volleyball after London 2012 or were an avid enthusiast long before the Games, this event is definitely worth getting down to.

For more info go to http://www.cpbeachvolleyball.com/volleyfest
Posted by Unknown at 18:39 No comments:

Help me Pitch to Rich 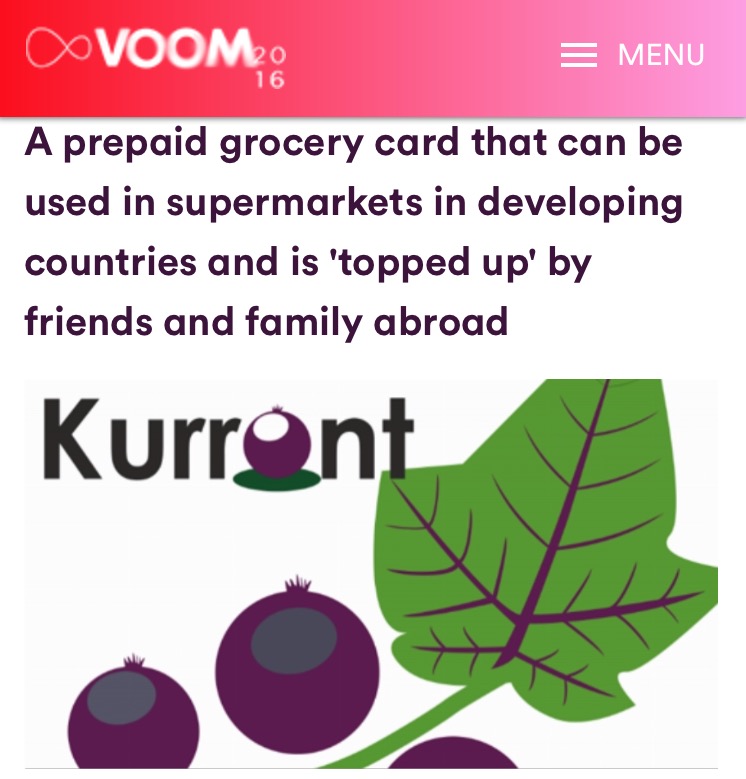 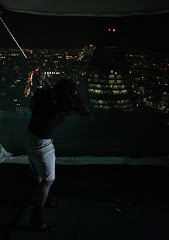 Golfing off the top of Tower 42